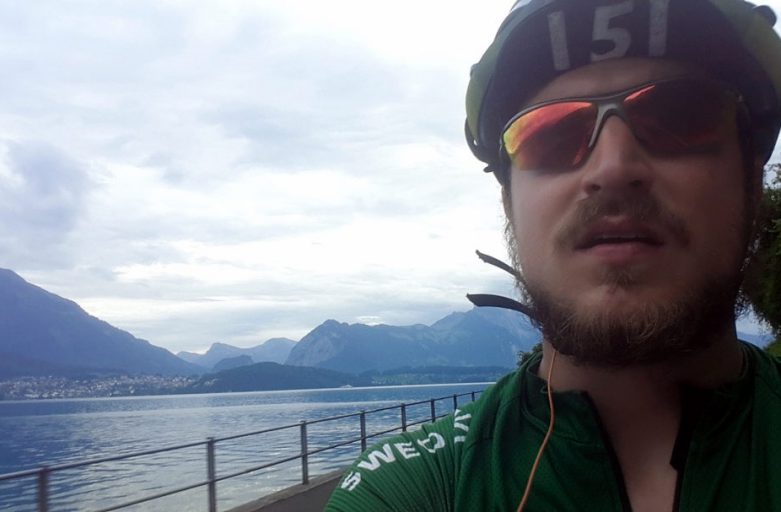 I started the day by topping last nights cockiness through “oversleeping” and getting 8 hours of shuteye. This much rest might actually be grounds for disqualification 😉

Once back on the bike I faced the little climb I had avoided last night and carried on riding. Around noon I crossed into Switzerland, at times following the route of the Tour de France just a couple weeks earlier, indicated by the countless decorations on the side of the road.
A little while later I descended to Lac Neuchatel with a beautiful view and treated myself to another McDonalds stop at the bottom. This time they had pulled pork burgers as a special, which, albeit being almost twice as expensive, managed somehow to underwhelm even more than the blue cheese burgers in France. But the main reasons for the stop weren’t because of the food anyways: I needed WiFi for downloading the new route sections, and some access to Facebook as an emotional pick-me-up. Reading about how other riders are faring and checking the tracker helps a lot with motivation 🙂 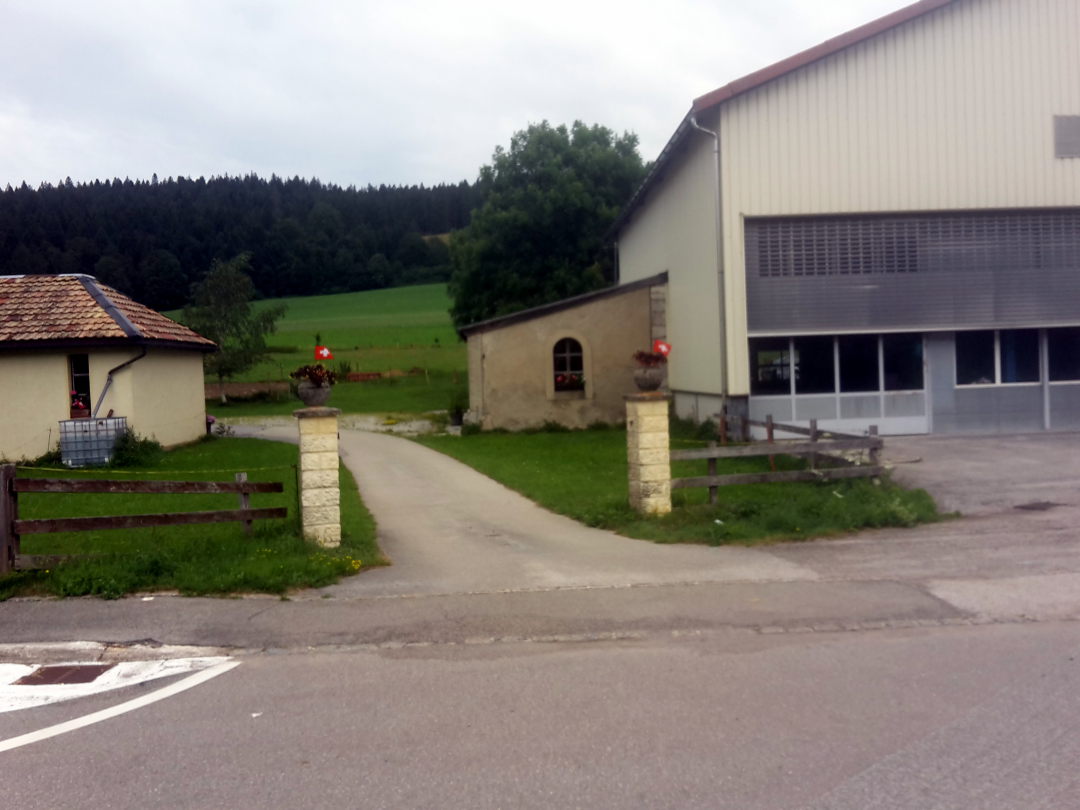 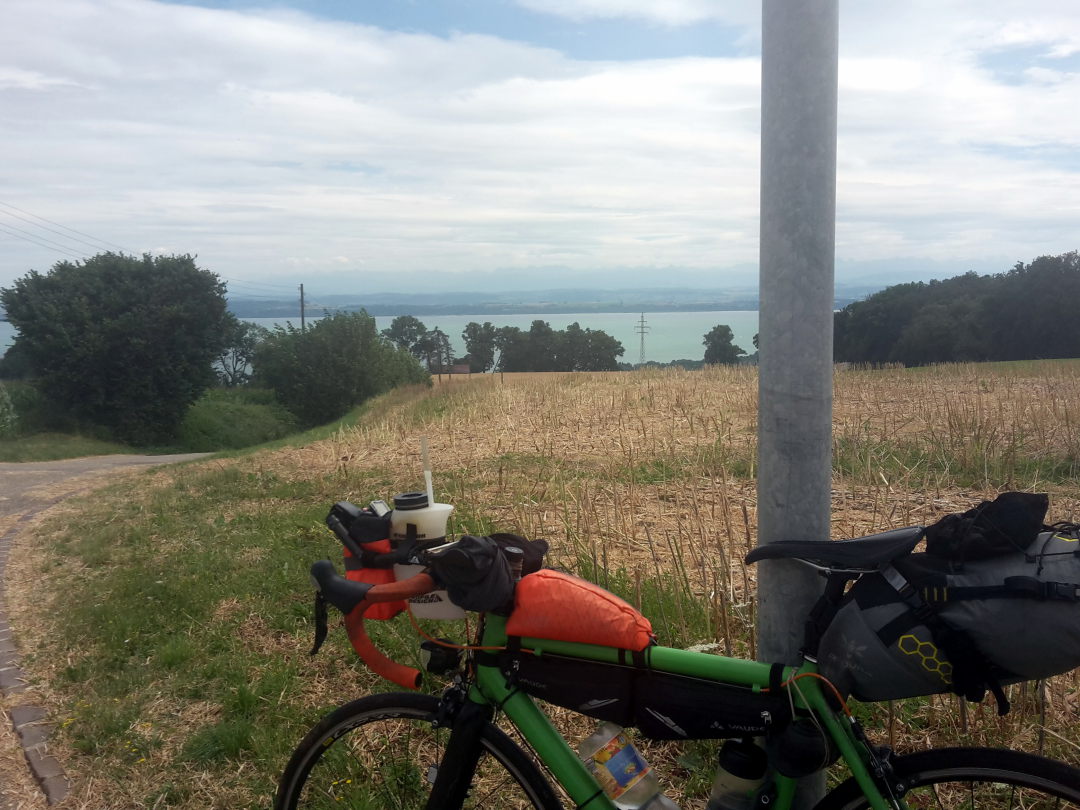 Just in time for the evening rush hour I arrived in Bern and was pleasantly surprised with the best bike lane system I have seen so far: They had the usual bike lanes like I know them from Germany, on the sidewalk, criss-crossing everything and not really designed for road bikes or speeds above 15km/h.
And then additionally they had painted in bright colors lanes on the normal road, intended for the countless businessmen and -women, riding fancy & fast e-bikes in their suits. These lanes were way more suited for when you were actually travelling somewhere, and not just riding to the next supermarket.
On my way out of the city I even spotted signs telling E-Bikers not to go too fast 😀

Whilst the sun was setting I reached Lake Thun and enjoyed the stunning scenery of the Swiss Alps ahead, it was apparent that shit was about to get real. To prepare properly, I stopped at the next fast food joint and ordered the probably most expensive pizza since Norway, even though it was just a takeout restaurant with white plastic chairs in front.

The 2nd checkpoint was at the bottom of the mandatory climbs, which would force us to gain over 3.000 meters of elevation in under 75km. I knew the names of the places (Lauterbrunnen, Grimselpass, Interlaken, …) from all the Base-Jumping and Paragliding videos I used to watch, so I was properly impressed by the whole scenery. 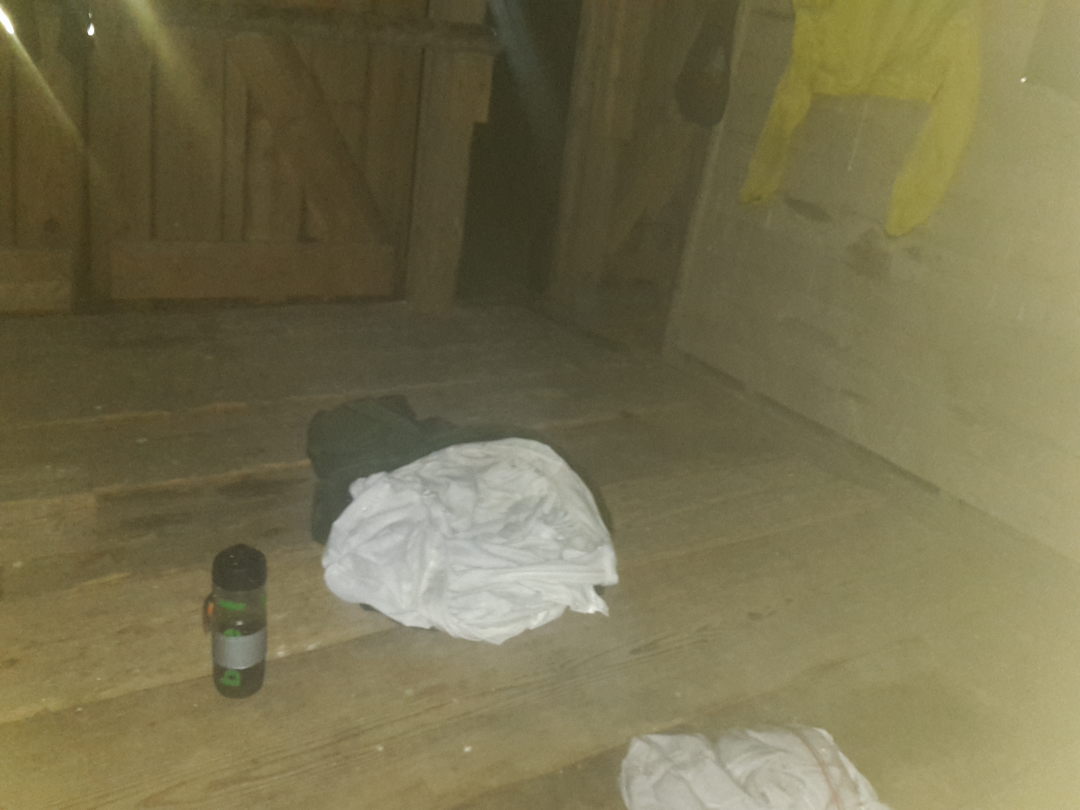 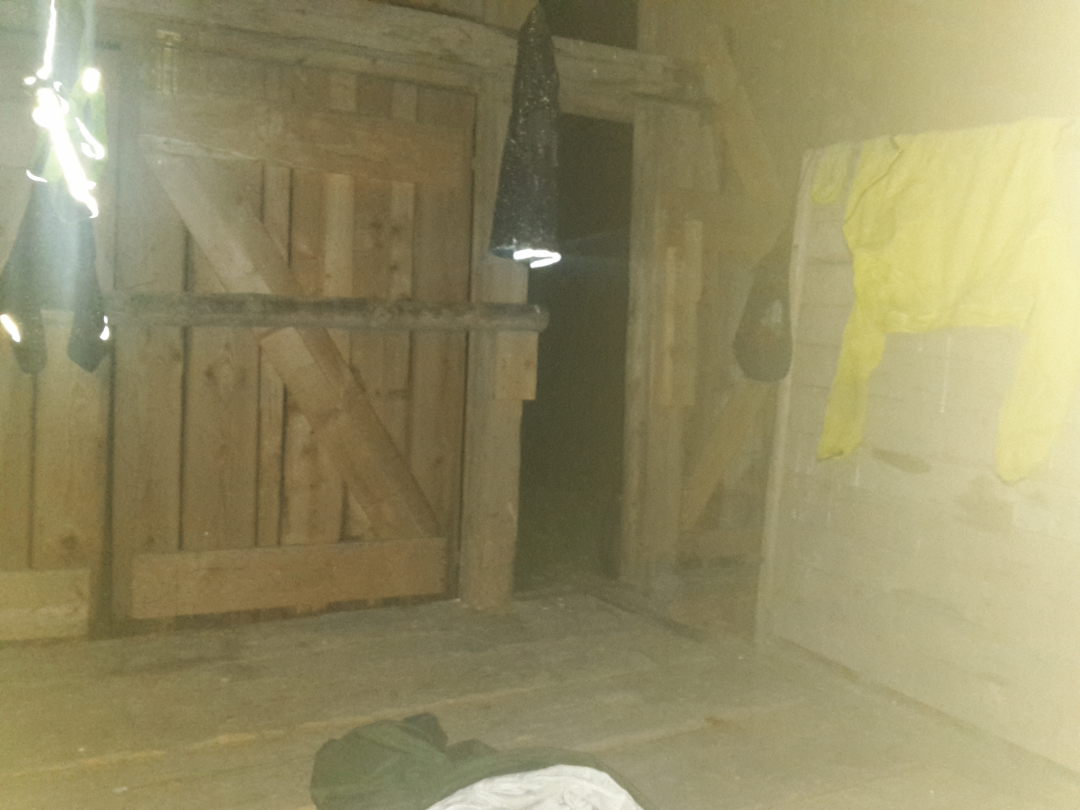 Not wanting to shell out horrendous amounts of cash for a night in the hotels around the checkpoint, and since I didn’t want to start the climbs at night, I started to look around for places to sleep, which proved to be somewhat difficult in the densely populated valley.
But luckily I found a hay barn which turned out to be the equivalent of a 5 star hotel: Good possibilities to air out the clothes and shelter from the cold wind in addition to a level sleeping area made me feel like the King of  Switzerland.

My dull mood had given way to a hesitant excitement for the upcoming days, I was in the best possible state to tackle the climbs and eager to prove myself, so I set the alarm super early and went to sleep.