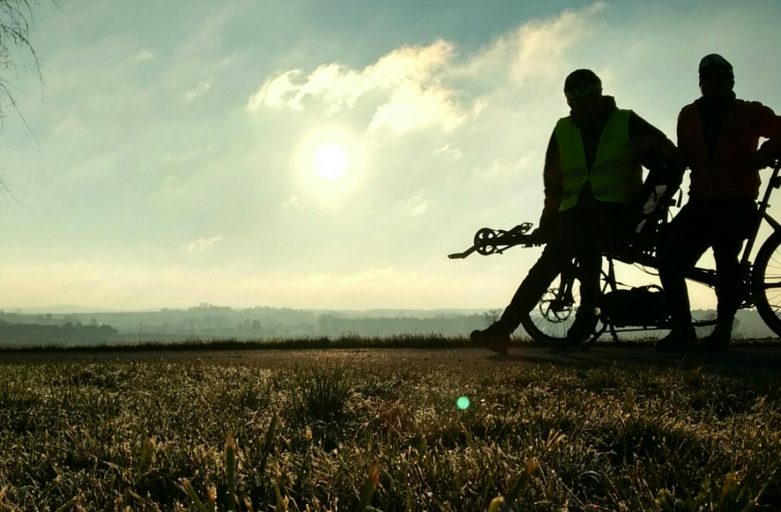 Since the Hase tandem had enchanted both my dad and me very much at the Eurobike, we had organized a proper test ride with a local bike shop and then had actually ordered one shortly thereafter. 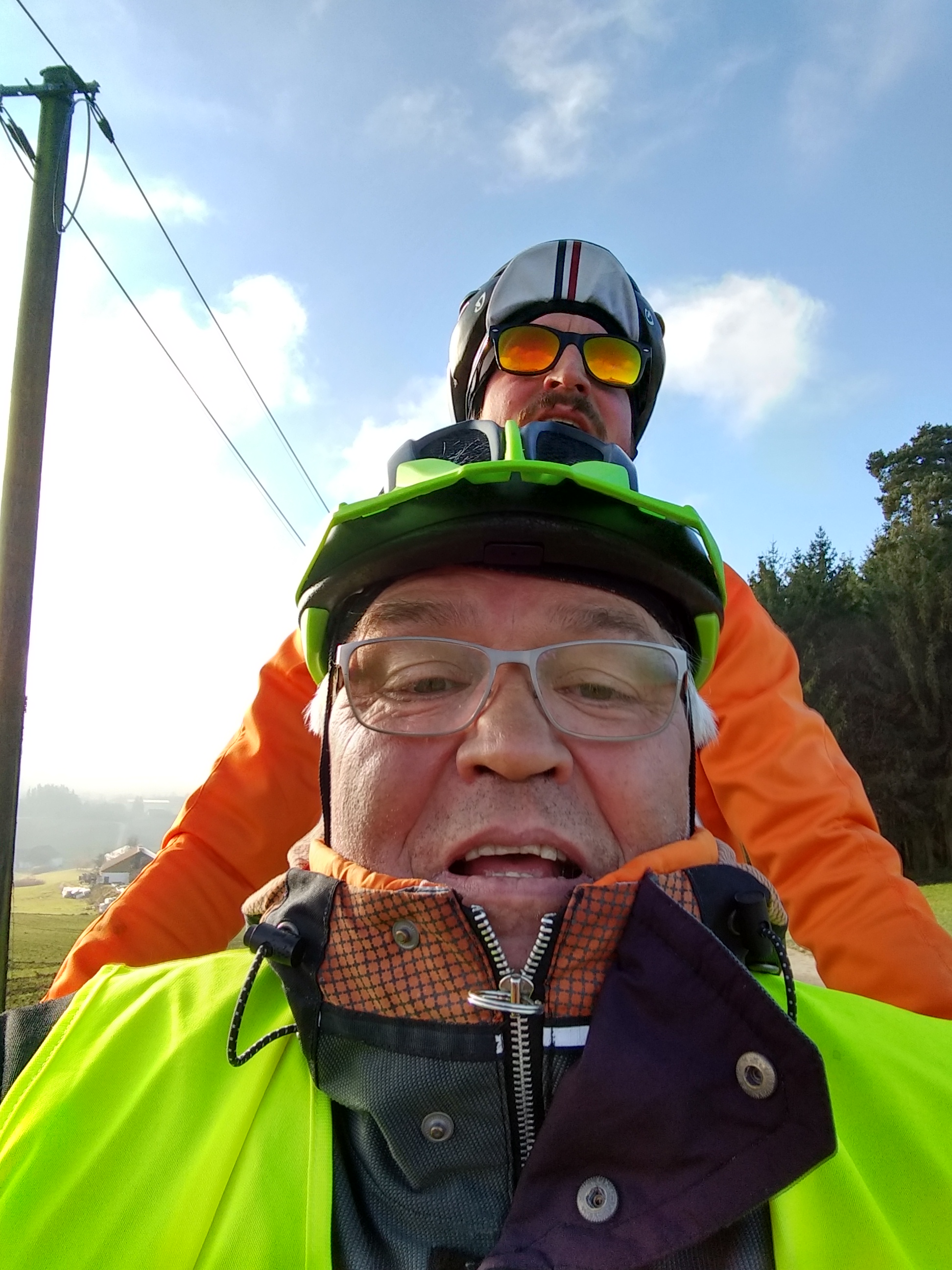 After weeks of waiting for the new vehicle to arrive, today had been our first longer ride together. I had quickly clicked together a metric century on Komoot, using this trip also as a test for its routing algorithm and how well it worked together with the Elemnt bike computer. 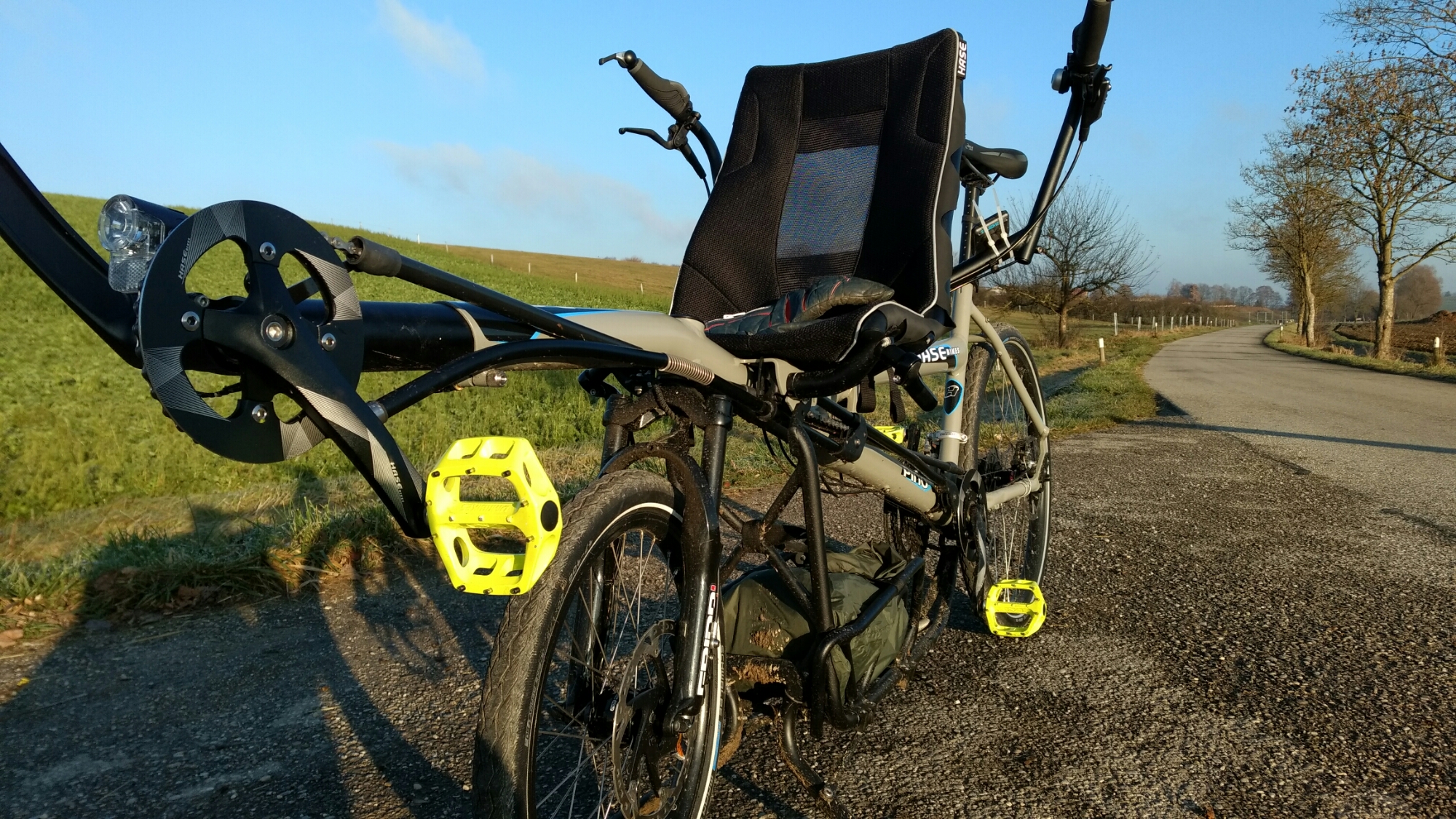 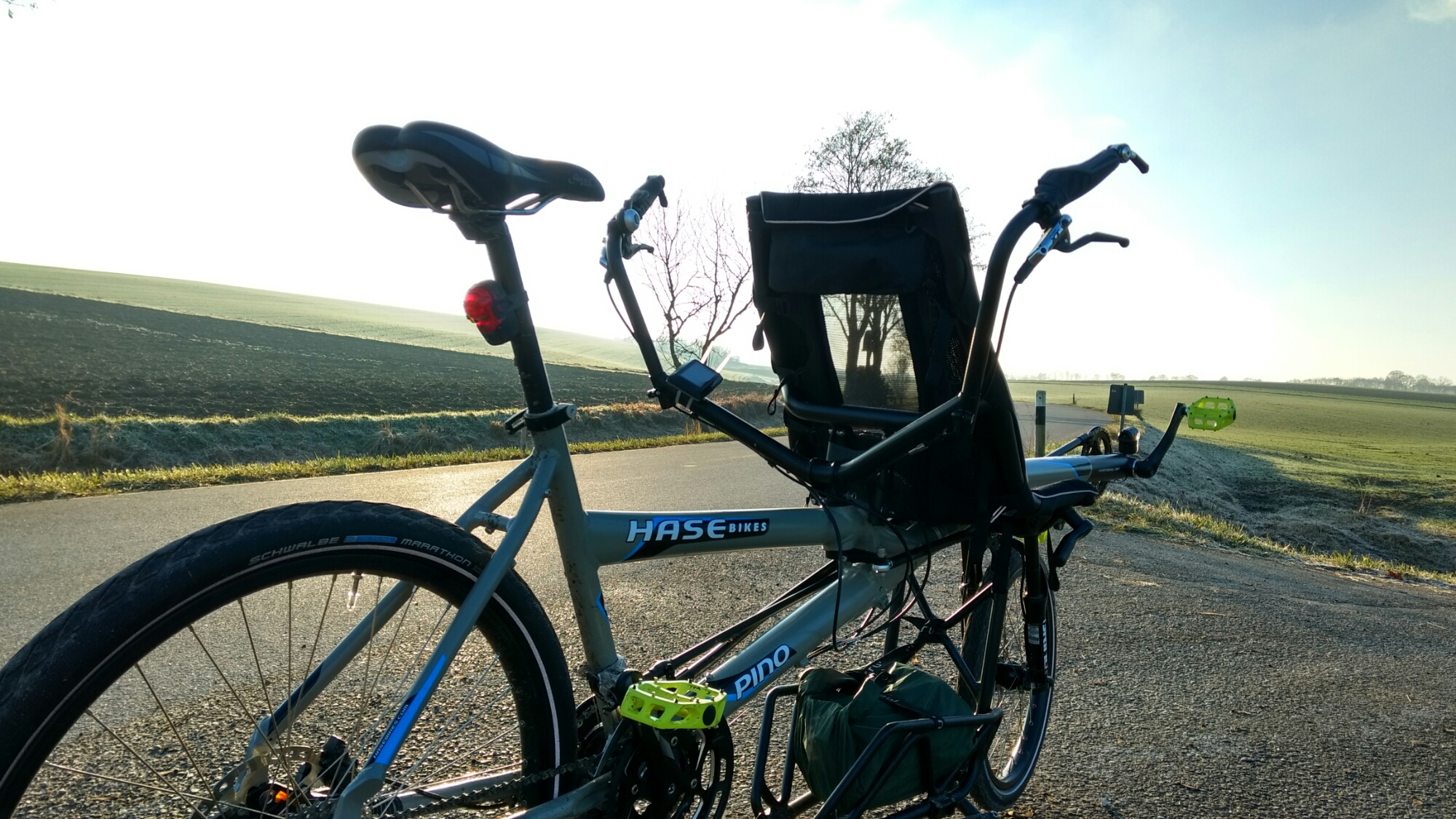 Then, without much further ado, we jumped on the bike and set off into the beautiful winter day. There were signs of frost everywhere, and it had gotten so cold that in the middle of the ride my dad actually had to put on plastic bags as socks, as to prevent some of the windchill. 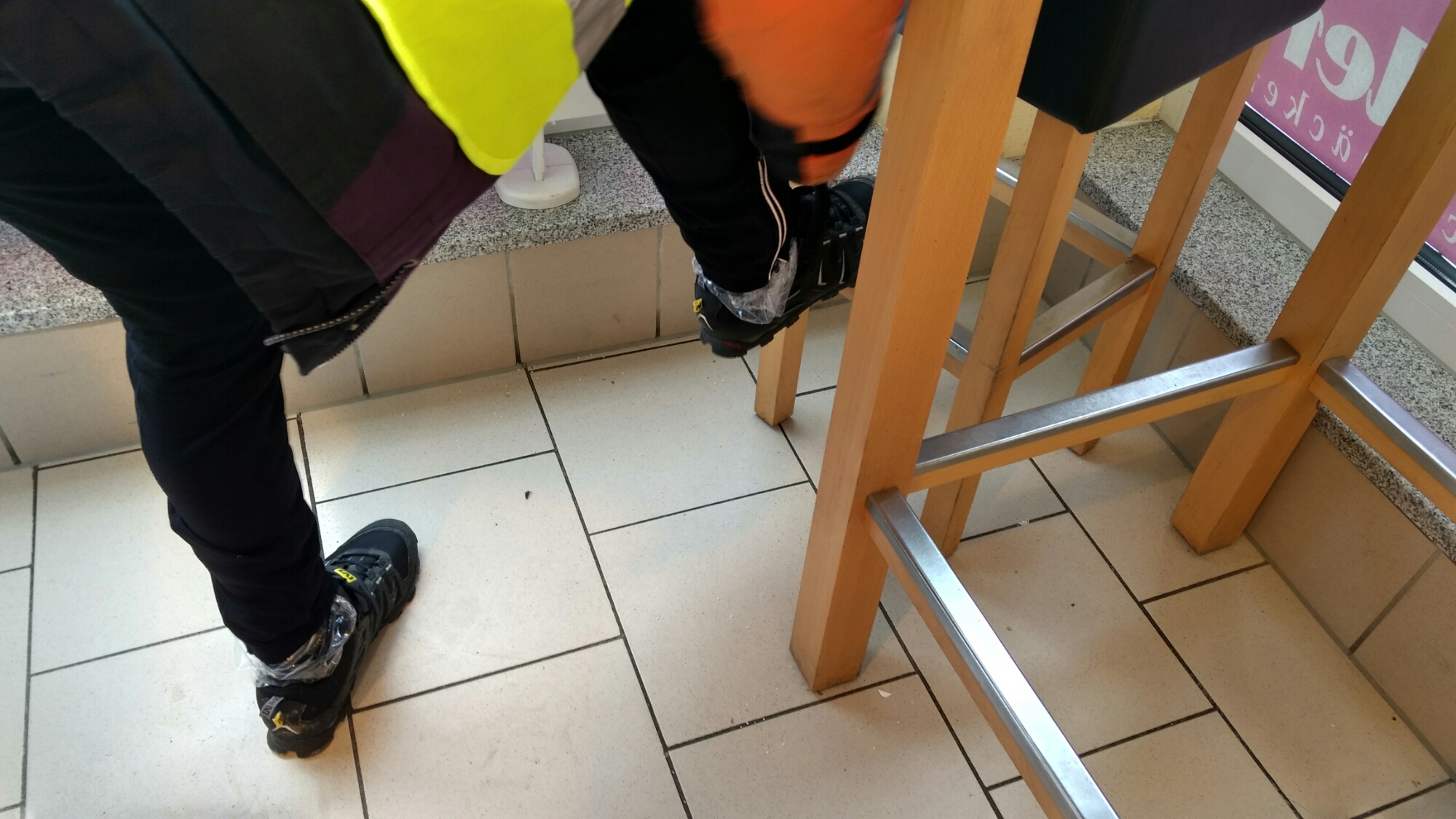 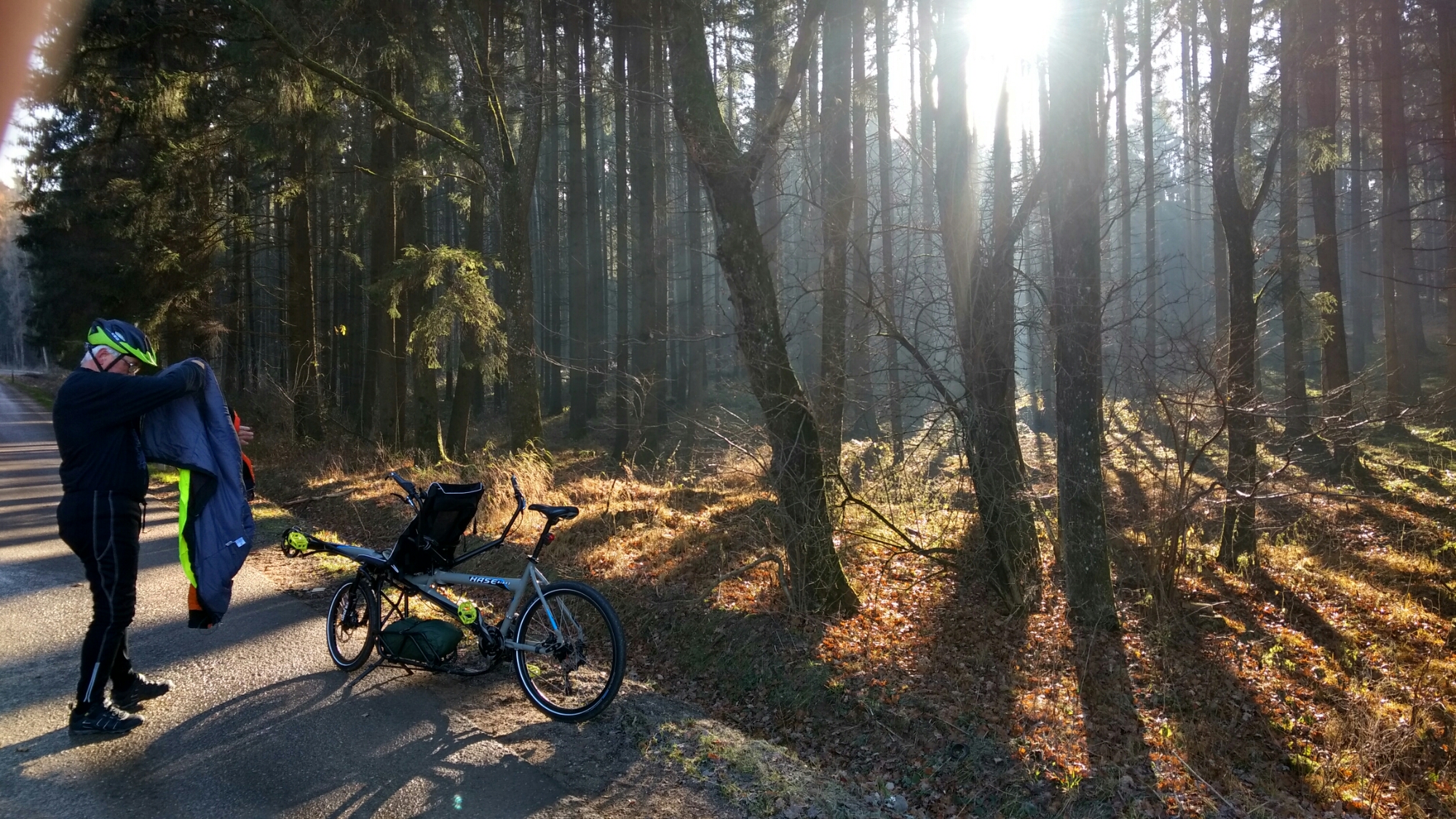 Whilst Komoot truly led us along small, paved roads with minimal traffic and nice scenery, I had overestimated our speed, especially with the heap of fairly steep hills sprinkeld all over the route. To avoid cycling into the night, we decided to cut the route short and in the end arrived home just before sunset began.

Besides some issues with the shifting, which probably only needs a little tuning, this maiden voyage was a very promising ride for many more and longer rides to come. Hopefully we’ll be able to squeeze one in before Christmas 🙂

One thought on “Maiden Voyage ”